Providing the highest-quality services and support to adults with developmental disabilities is our priority.

You can learn more about how we do that work by visiting our program pages, but here we’d like to share some of the impact our work has on the lives of our members.

No one can speak to the impact of our work better than our members and their families.

Becky has always been very close to her parents. Throughout her childhood, they taught her many skills and gave her plenty of support. But, as Becky got older, she dreamed of having a steady job and a place to call her own. When Becky and her parents heard about On My Own, they looked into the program to determine if Becky could learn the skills necessary to be independent. At first, Becky was nervous as she was in a different city and meeting new people. However, after a short time, she felt comfortable, and she knew she belonged.

As Becky worked with the OMO staff, she gained confidence and developed the skills necessary to be independent. Becky now writes her own checks, balances her checkbook, maintains her apartment, cooks regularly, and follows a budget. These skills have helped her to have a life that is all her own. Becky works at Big Boy and enjoys spending time with friends and cheering on Detroit’s sports teams.  “I am lucky to have so many friends, and people who care about me” said Becky.

Becky models OMO’s mission statement well; Becky has been given the opportunity, experience and appropriate supports that has allowed her to become an independent, confident, and active member of the community.

Read about the social growth Grace experienced after joining On My Own of Michigan. Expand

Grace has plenty to be excited about. She’s working her dream job at Hollywood Market in Birmingham, Michigan. She’s finishing her third year as a member of On My Own of Michigan, and in the not-too-distant future, she looks forward to having her own apartment.

All this can be a little scary, Grace admitted, especially the part about moving into her own apartment. But it’s also a little exciting, she said.

Grace’s mother, Cathy, shares her daughter’s embrace of change, even if it brings a bit of anxiety to both of them.

“Grace moving away from home will take some getting used to,” Cathy said. “But I know I have to let go. Grace is learning to be independent at On My Own and that’s important. She has her own bank account now, and writes her own checks. She’s learned to cook and do her own laundry. She even made me pancakes for Mother’s Day. The OMO program has changed Grace’s life.”

Grace takes pride in the high school diploma she earned before joining OMO. Now she looks forward to building on this accomplishment. To do this, for example, she is in an OMO yoga class and is working on her physical fitness.

“I love it,” she said of her new life. “OMO has helped me become more outgoing. “I have friends at On My Own. And now I have a job.”

Cathy thinks she and Grace are lucky to have discovered On My Own of Michigan. She heard about the program from a colleague at the insurance company where she works. Now, Cathy said, she wants more people to know about On My Own.

“They’ve helped Grace move beyond her immediate family,” Cathy said. “She has friends now that she didn’t have before. She’s learning new skills. We’re all very happy about that.”

Watch our members and their families share what they appreciate most about On My Own of Michigan: 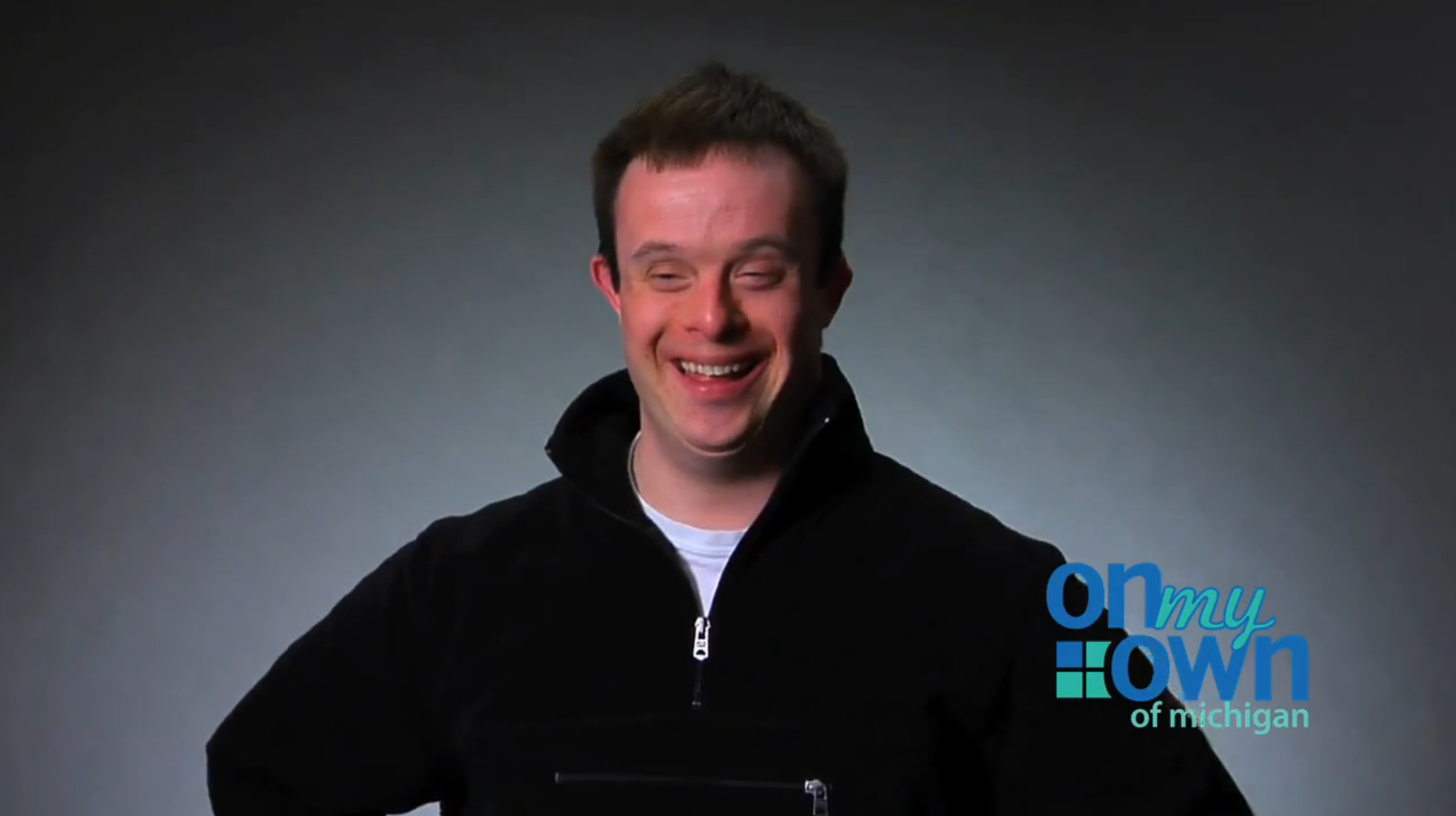 We are avid data gatherers and love sharing our progress through regular performance reports. Read a few of our most recent reports here:

If you’d like to take a deep dive into our
financials, here are some of our most recent financial reports:

In March 2019, we achieved a three-year accreditation from CARF International in recognition of our high-quality independent living services.

We’re also proud to have received the Platinum Seal of Transparency from Guidestar, the world’s largest source of information on nonprofit organizations.

In November 2020, we were named a finalist in Crain's Best Managed Nonprofit contest.